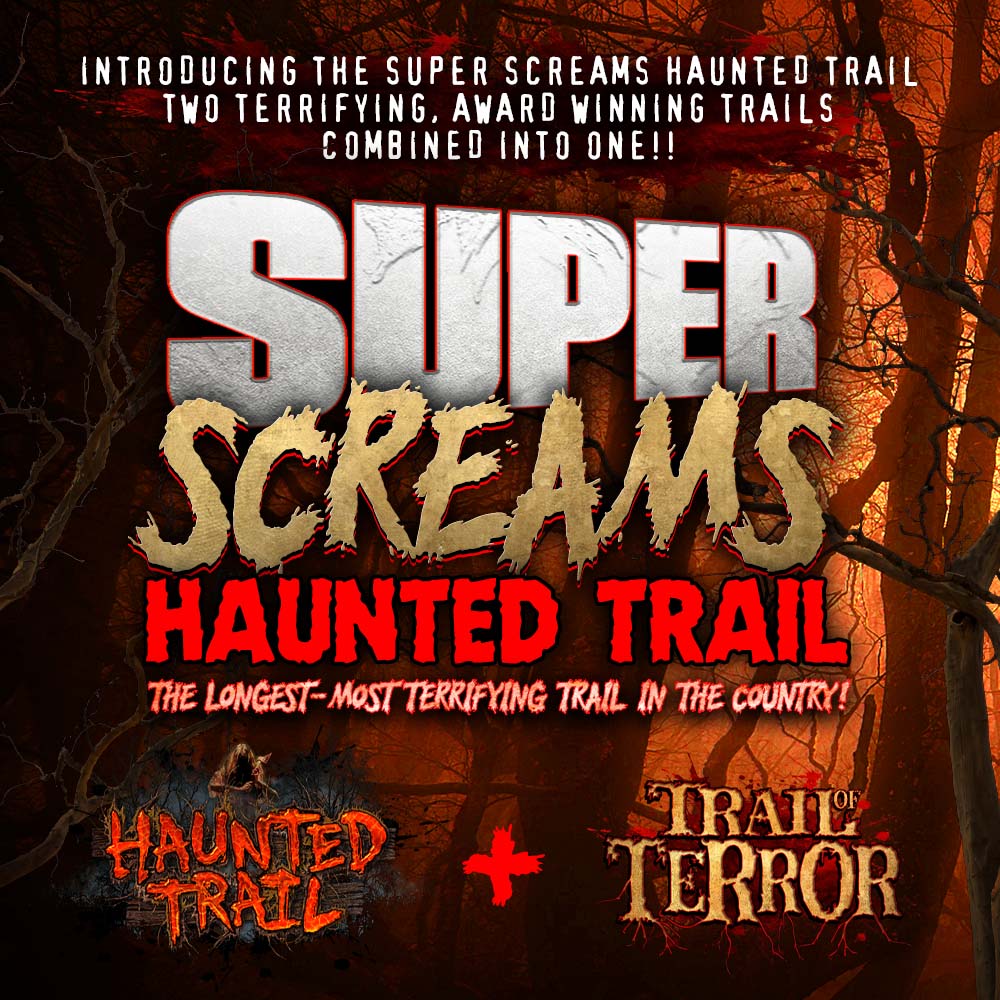 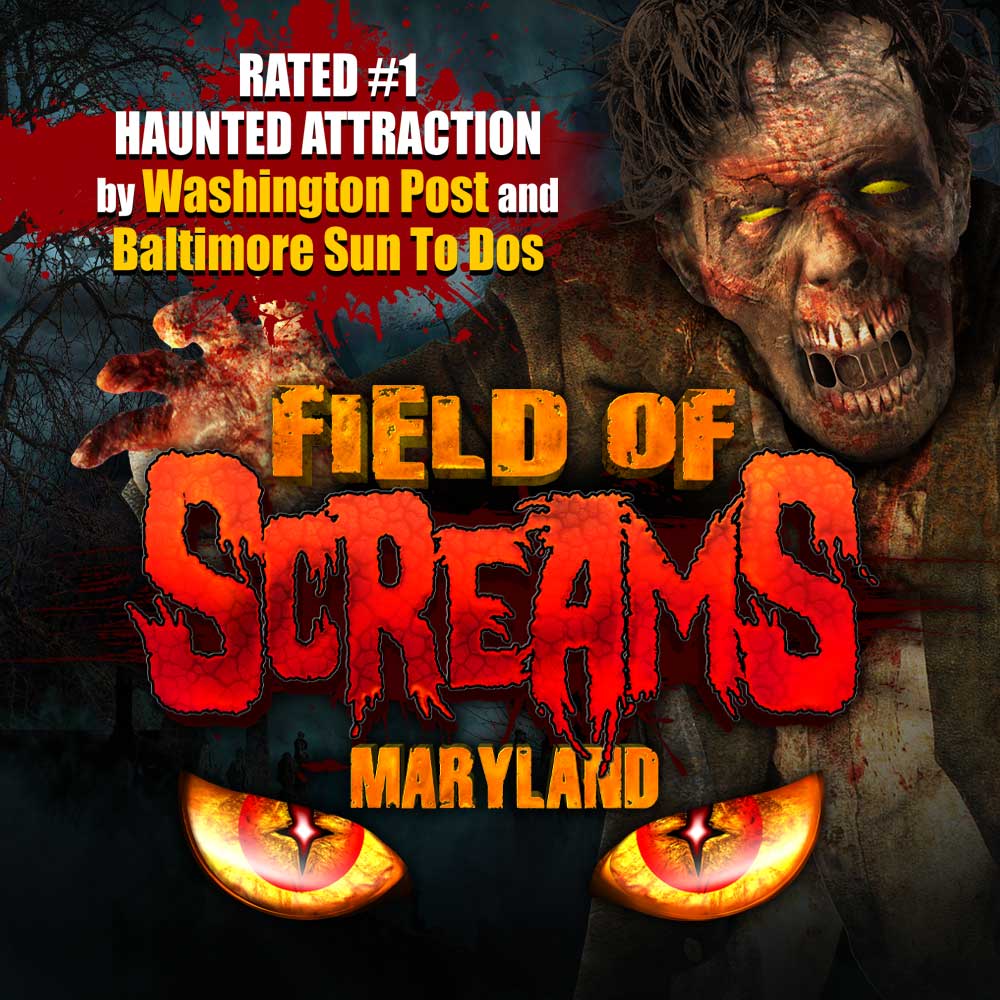 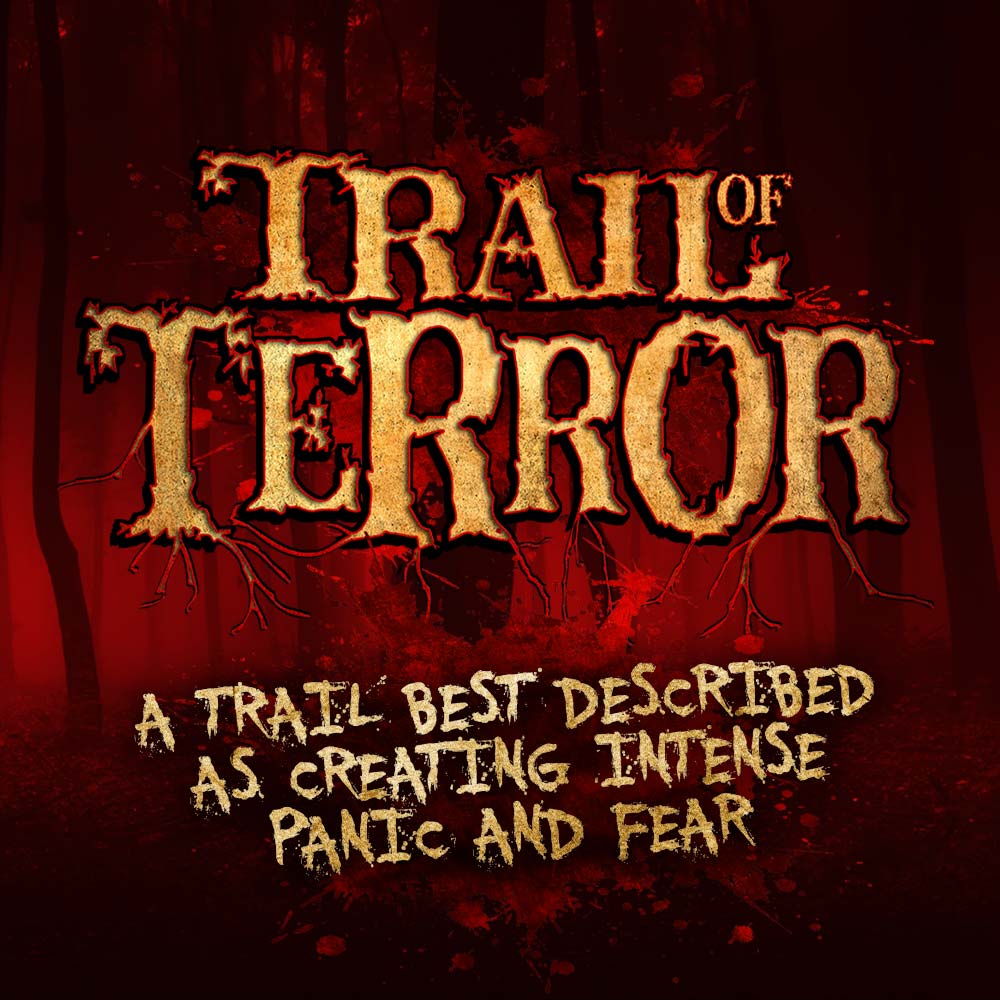 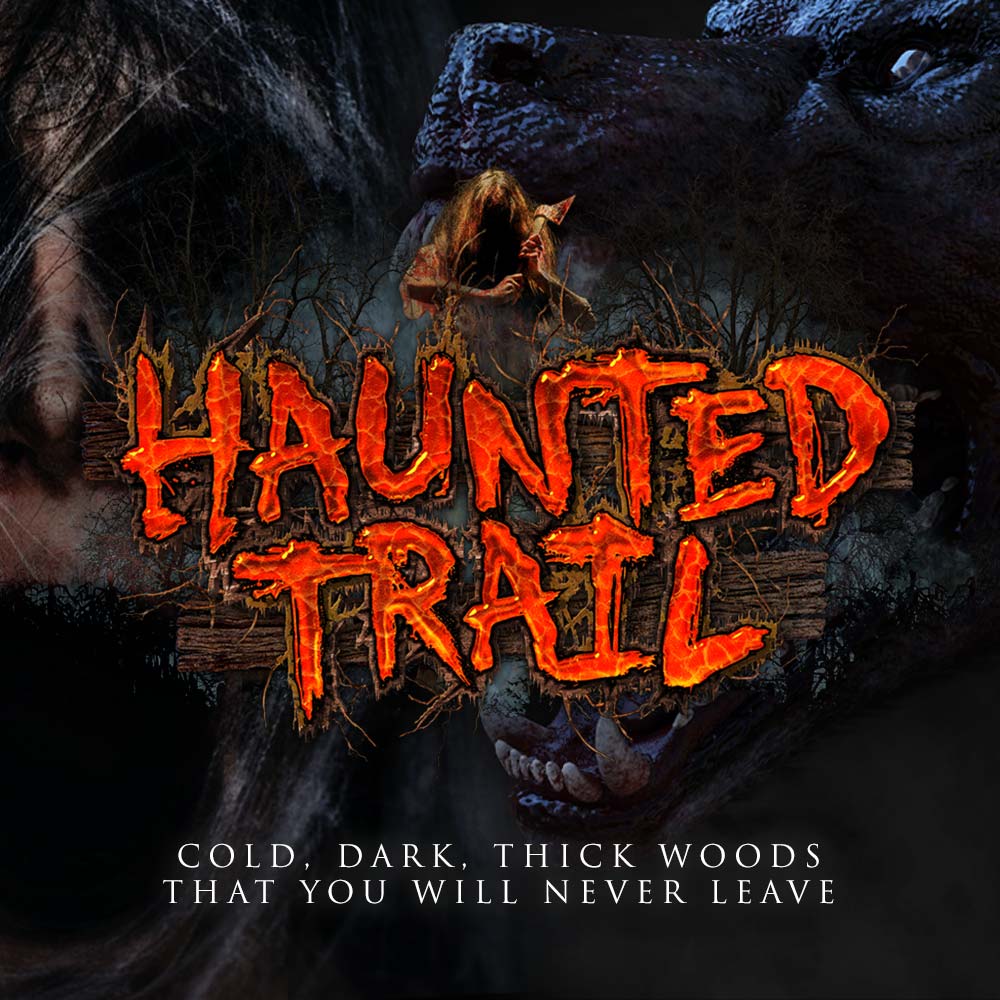 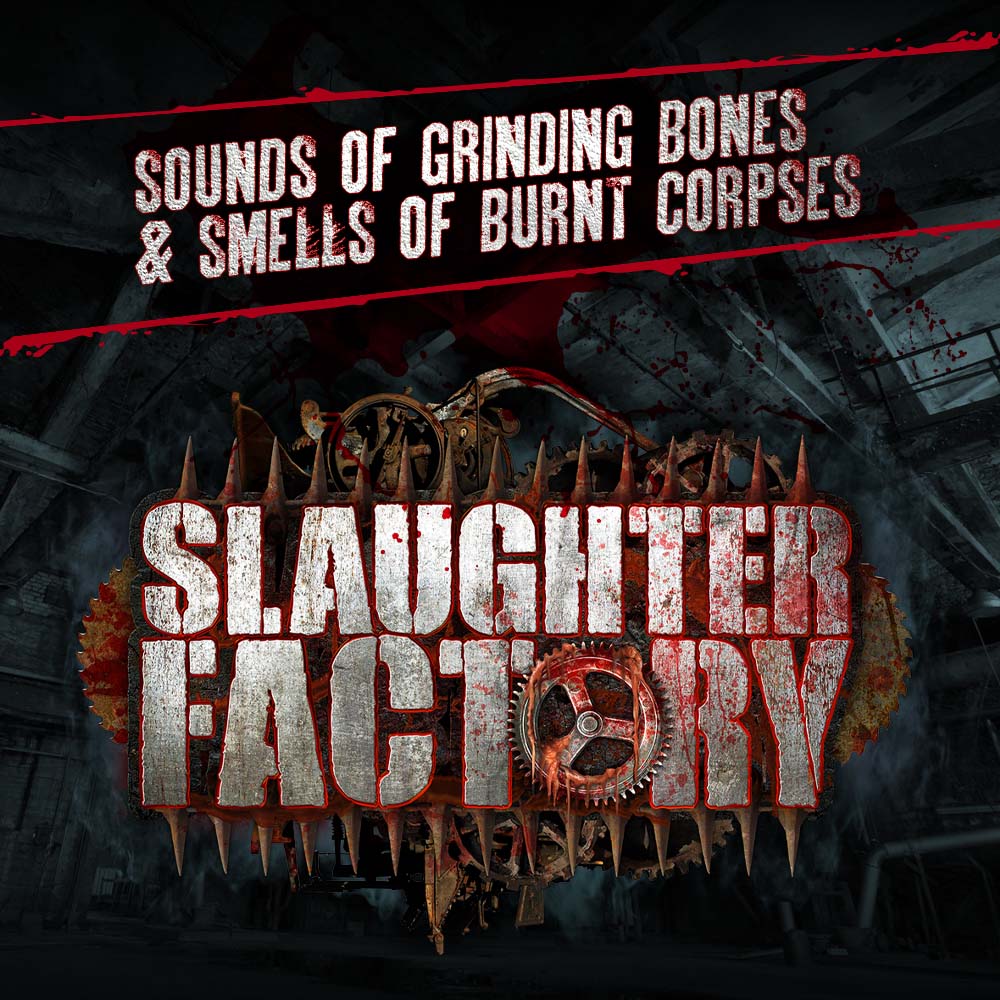 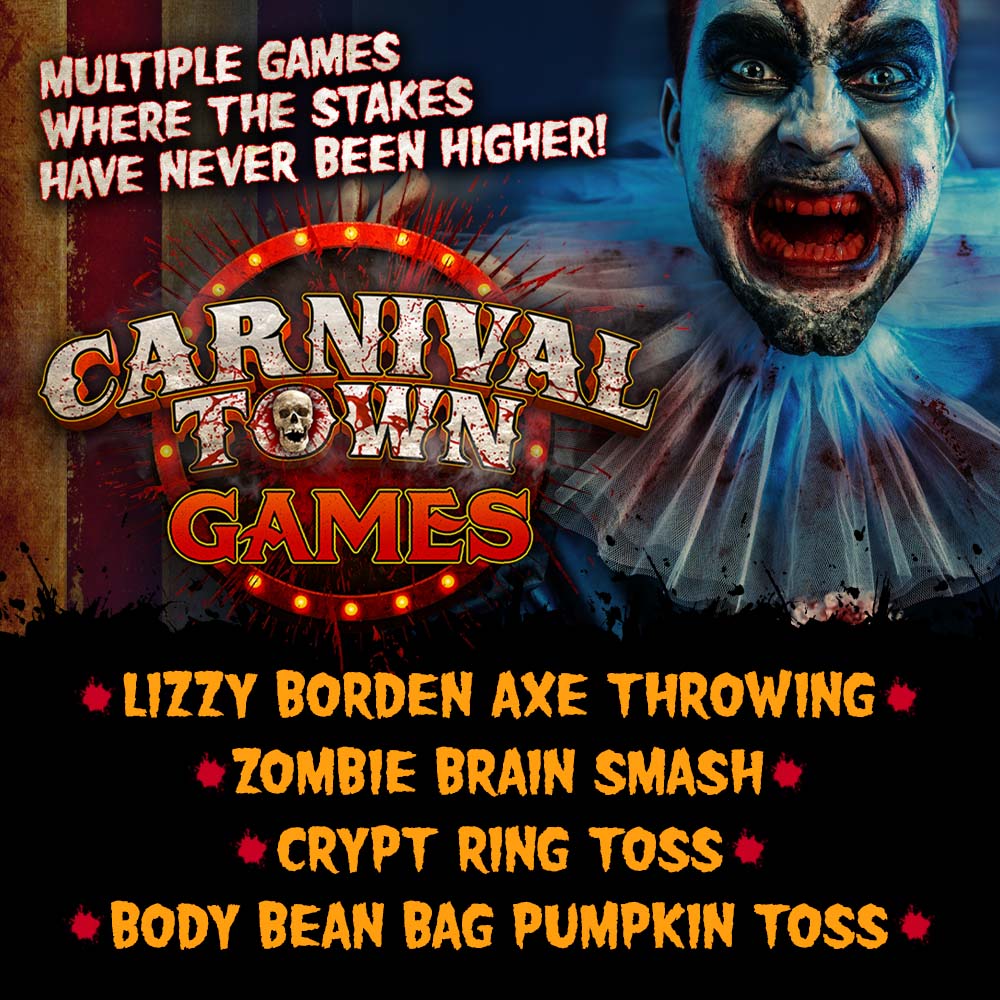 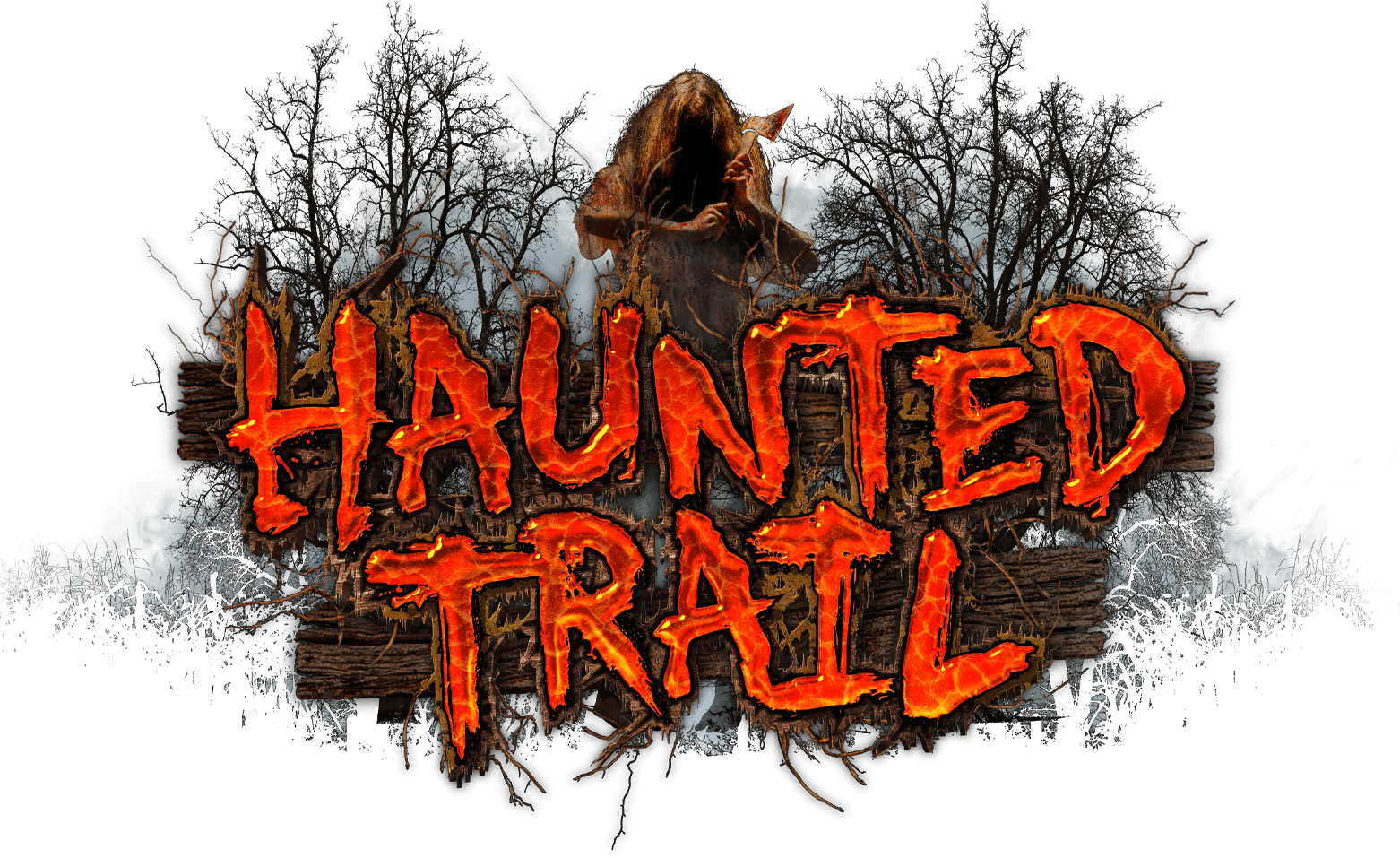 The Haunted Trail is 13 stations of Campground fears that wind you through the haunted forest of Field of Screams Maryland!! These stations take the haunted trail experience to the next level with haunted houses dotting the trail with their terrifying looks, sounds, animation and props. This trail is themed as a Camp Fear where a group of 20 year old campers once laughed, played and brutally died. Come visit the newest attraction at the Field of Screams Maryland and good luck surviving it!! 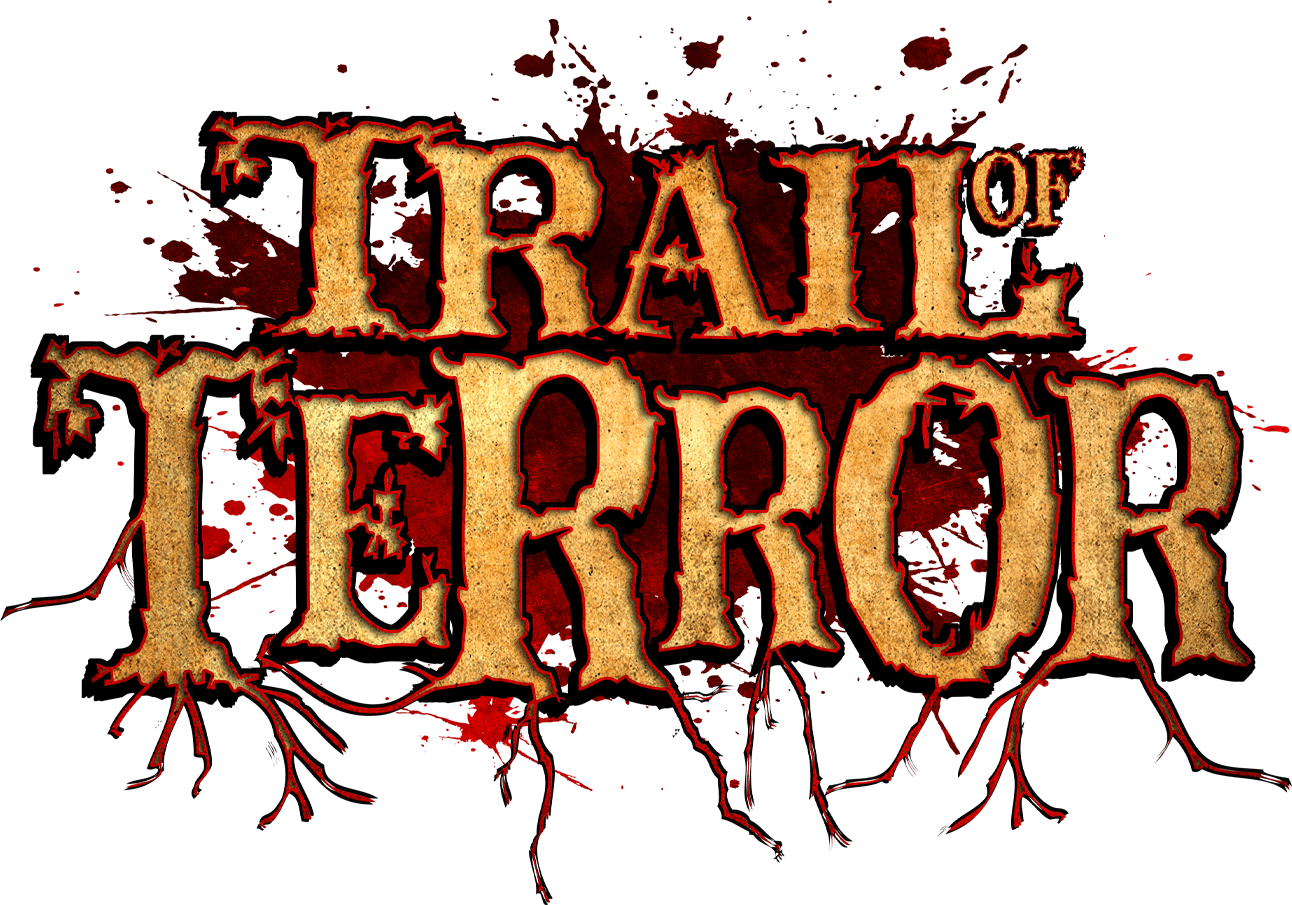 A 30 min terrifying walk through a haunted forest best known for its 13 small haunted houses scattered throughout the darkest and scariest woods you have ever entered. The woods are covered with horrific sites, zombies and haunted houses all laying in wait for you to arrive. 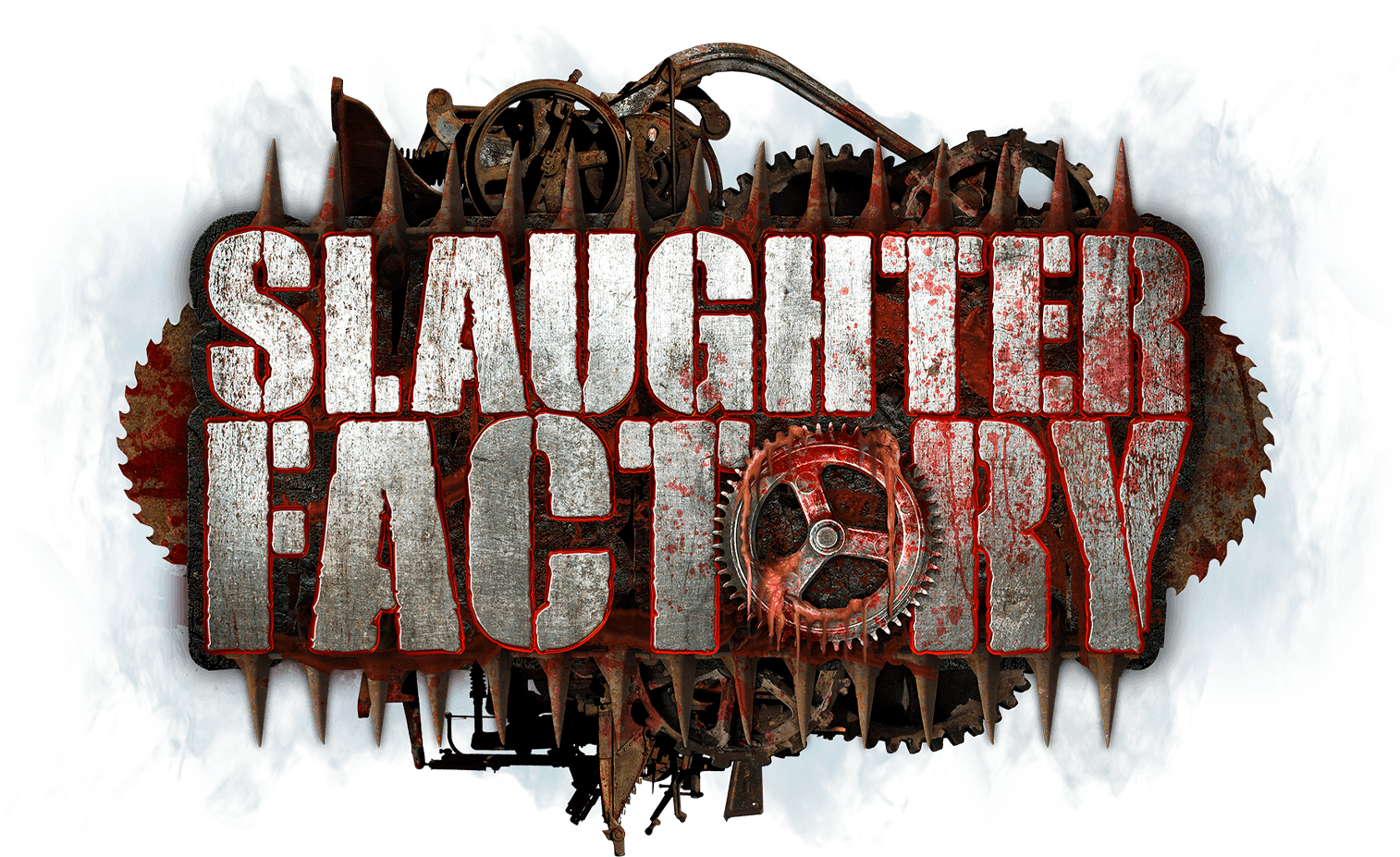 Loud, crashing, rusty gears use to grind and rip the flesh off the bone of animals being slaughtered. Buzz saws pierce the air, as the overwhelming purr of heavy machinery vibrated the very ground you walked on in this sick and twisted factory. Years ago it was a booming business until madness, greed and power infected the owner.

It started with a small accident...an employee slipped and severed a finger that ended up being ground up with the day’s beef product. Instead of shutting down, cleaning and recalling, the money hungry owner shipped out the meat not wanting to waste precious time or profits. And if he would have stopped there, he might have gotten away with it. But it got worse, way worse. Before long, he started slipping further into his derranged darkness realizing he could do just about anything in his factory. Shards of bone, hair and even teeth were found riddled throughout the ground meats.

The owner had gone completely insane, fueled by the thrill of the slaughter. Nothing could quench his thirst for human blood, spilled across the cold, stained, concrete walls and floors. The authorities were contacted but it was too late. Almost all of his staff was slaughtered like livestock one fateful night and displayed like sides of beef hanging on rusty meat hooks stabbed through wrists and ankles.

The authorities called in a SWAT team to capture the maniac but even they couldn't stomach the horrors that were within. The putrid stench of rotting human flesh filled the air. The maze of hanging corpses made navigating the facility almost impossible and the team soon pulled out and sealed the factory. Locals claim to hear a saw running late at night and see a flickering light coming from one of the windows. Is it possible the owner is still around after 30 years living off the corpses of his employees? Find out for yourself as you journey through this stomach churning, and sickening, factory of terror! 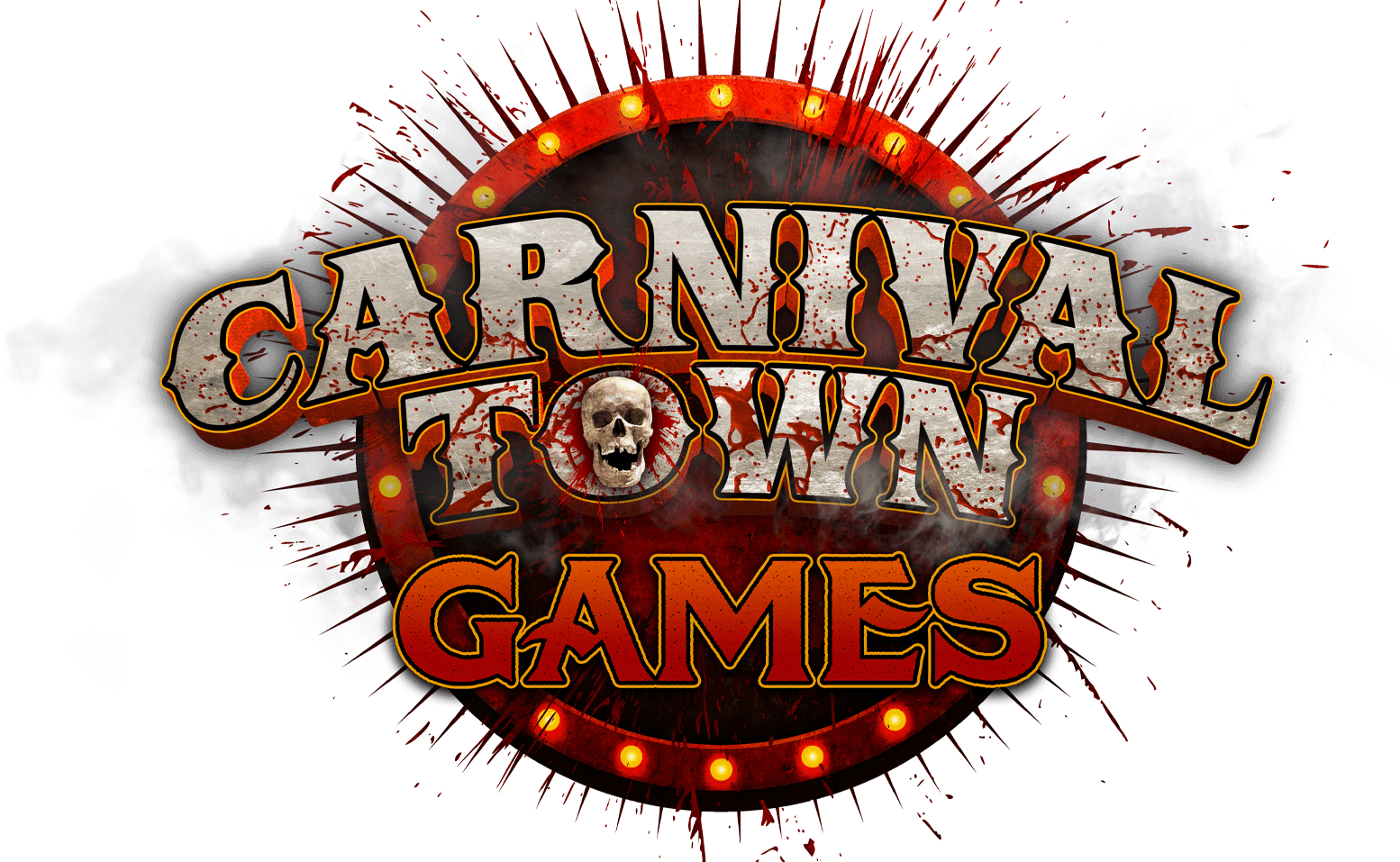 ZOMBIE BRAIN SMASH
Slam a hammer down and launch a brain back into a zombies open skull as he moves around trying to attack you!

CRYPT RING TOSS
Throw rings into a massive open crypt of several skeletons trying to land them on their outstretched arms as they move around trying to avoid your attempts!

BODY BEAN BAG PUMPKIN TOSS
Toss several bean bags into the mouths of scary jack-o-lanterns as they open and close - they have come to life like something you have never seen! 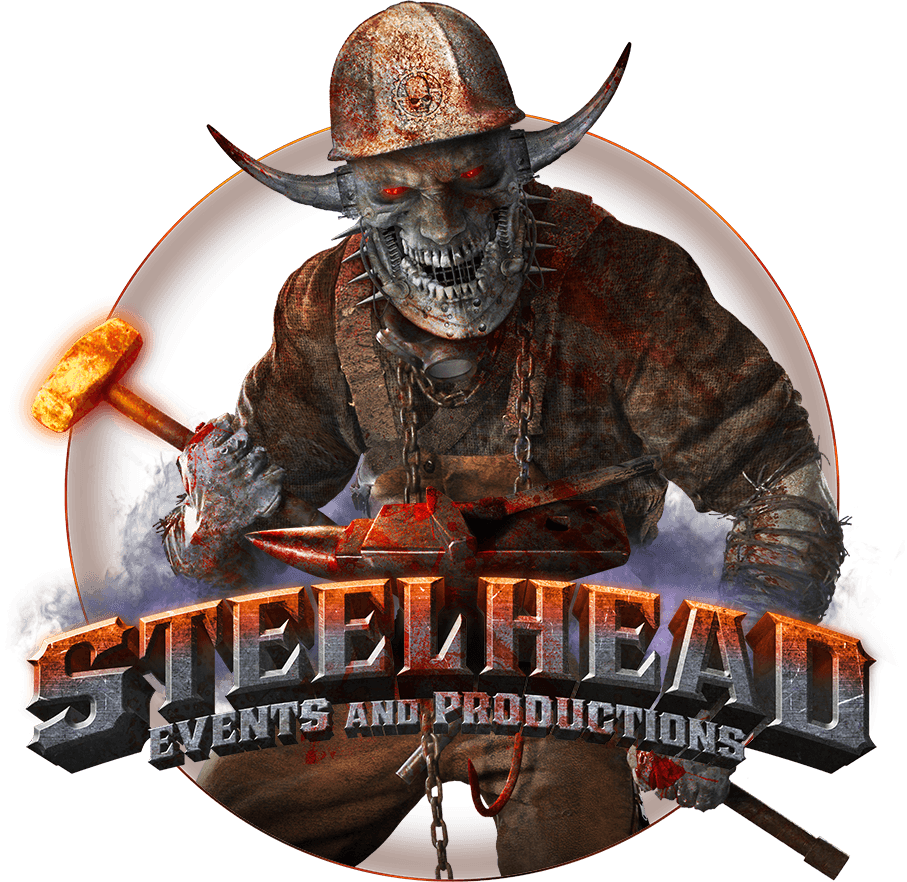 Created and built by Steelhead Events & Productions © 2020 All Rights Reserved